Enter your email below for exclusive access to special offers, discounts and incentives.

The Fifth Hunger is at the very top – the apex  – of the 5 Hungers of Health.

This is the highest of the hungers, the hunger which all the others support. PROCREATION is the human drive to reproduce (it’s more than that, too, which I’ll explain). Without first satisfying the other four hungers in the healthiest way possible, the 5th hunger – procreation – cannot be expressed to its fullest.

Am I talking about sex?

This hunger is not to be confused with sexual desire, although that is certainly an element of it. But it is much more. It is about the primal hunger to fulfill our responsibility in ensuring future generations – healthy future generations. But the Hunger of Procreation also has a part to play in the lives of the many people who do not give birth themselves.

It’s even more than that…

That is because this hunger – the drive – of procreation can also paradoxically be called the base hunger in addition to being at the apex of the hungers, because it is deep, it is primal. In addition to inspiring the desire to beget a child, it’s also the drive to create, to compete, to surmount obstacles. To overcome and achieve. It should be active at all ages, from childhood all the way through the end of life. It is the zest, the appetite, the gusto; the fire in the belly. The will. What drives you into your day and what keeps you going.

This hunger is the deepest, most spiritual, most creative, most intimate, most valuable and most transformative part of a human’s life.

The hunger of procreation represents our very connection to all life, and to the very Creator of life.

The Fifth Hunger embodies our desire to love ourselves, and care enough about ourselves to make and carry another human from conception to birth, and beyond. It represents the ultimate form of human reciprocity, which is giving back to the earth through oneself that which is most sacred: LIFE itself.

The first Four Hungers (for air, water, food and elimination) might be more tangible than the fifth. We can see, feel and touch what we breathe, drink, eat and eliminate. We can see – and feel – pretty much immediately that we are building and maintaining a working healthy body.

But the Fifth Hunger, of procreation, is perhaps less tangible (even though a baby is of course a very concrete being!), in that the drive and hunger to procreate is an internal driving force. We cannot so easily touch or see what satisfies it, yet it unifies everything in the body for its highest function and purpose: survival to further the species. It operates in us every day, whether or not we are actively trying to conceive a child.

As a spider web moves in entirety when a fly lands in any part of it, dysfunction or imbalance in any of these three systems will compromise the whole, the Fifth Hunger, the drive to procreate. We are beings operating on an interactive, symbiotic series of systems: what harms one system affects them all. The fluidity and functionality between the systems are the ultimate litmus test of your best level of health.

How this dance of balance is happening – or not – tells me a lot about the state of your Fifth Hunger.

Sadly, dysfunction and challenges in procreation are on the rise, especially in developed countries such as the United States. In 2019, fully 30% of all females of childbearing age were reported infertile, with 25% of males reported sterile. 40 years ago, infertility was rare. Now, in vitro conception measures, surrogacy gestation, and terms like “low sperm counts” are part of our normal vernacular.

Vitality has also been damaged. Commercials selling the “little blue pill” speak to men’s loss of sexual vitality, a strong measure of the health of the Fifth Hunger. Did you know that erectile dysfunction has now invaded the younger sector of males as well? It’s no longer just a problem of the older man. And though you hear less about it, female loss of libido is a huge problem, too.

Don’t forget the spike as well in anxiety, depression, insomnia and other so called mental disorders. It’s all connected.

These figures are progressively getting worse, but why?

Perhaps you can guess what the answer is.

It is environmental influences that are deteriorating our health overall, with the ability to procreate damaged like the rest of our health. Environmental forces work on us from the outside in, but also from the inside out.

From the outside in, look to the other four hungers (air, water, food and elimination). Knowing how those have all been harmed in our modern world, you can see how damage of each plays its part in an overall deterioration of health that worsens the whole triangle of health right up to the top.

Shake the triangle of health from its foundation up, and its apex – procreation – is unavoidably in clear danger.

We are out of harmony with our natural state. We are toxic.

Taking that one step further, I want to focus in one specific manifestation of this disharmony and toxicity, rampant in our modern society: OBESITY.

Of course, not all infertile women and not all sterile men are obese. And conversely, not all obese women are infertile, and not all obese men are sterile. But because obesity lies at the intersection of visceral fat, stress and toxicity, starting there addresses all three of these underlying causes of damage to our Fifth Hunger. (I will address each of these underlying causes in separate posts later, as each deserves its own explanation.) Obesity is an outward sign of sluggish health and is clearly associated with many health problems, including infertility and sterility.

Statistics bear out the correlation:

Combine these statistics with a climbing rate of erectile dysfunction, and you can see the scope of the problem.

Then there’s the other half…

In obese women, the risk of infertility is 300% that of healthy weight women, in both assisted and spontaneous conception. In fact, the probability of pregnancy is reduced 5% per unit of BMI (body mass index) over 29. 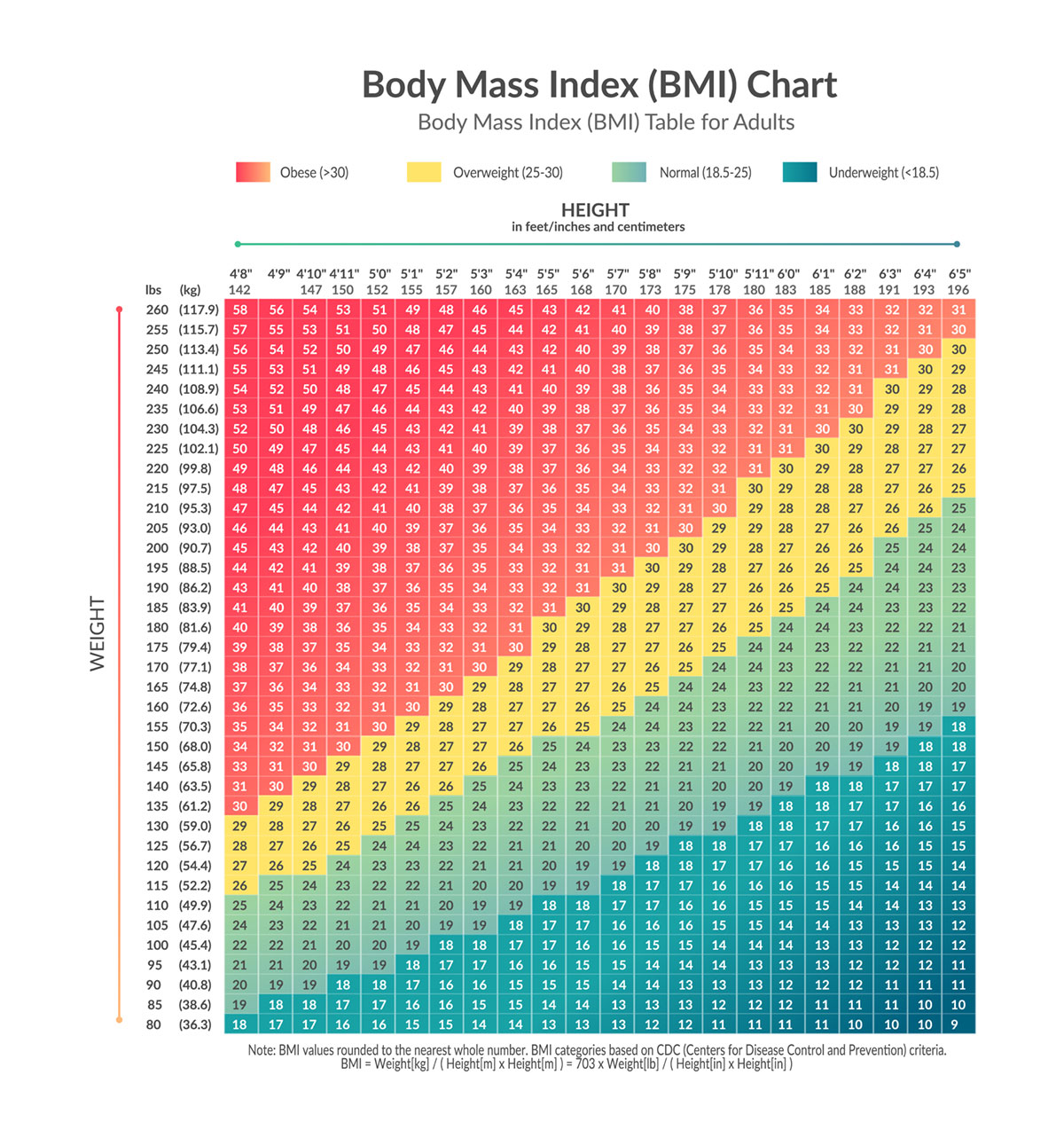 As I stated before, the Fifth Hunger is not all about begetting children. It is also connected to creativity. Stamina. Going after dreams. Competition. Grit. Living a life that embodies the highest version of yourself. So, a damaged Fifth Hunger is pertinent to everyone.

Beyond inability to conceive and/or obesity, how can you know you are at risk?

In both men and women:

Also, because disruption of the Fifth Hunger is represented strongly by hormonal dysfunction, a thorough test of hormones, both sex and stress, can be useful. I use the DUTCH test in my own practice for this.

The Solution is to get back into harmony with who you are meant to be, on all levels, and to reestablish harmony.

Lest that sounds too simplistic or woo-woo, what I’m talking about takes targeted effort, rooted as much in the physical as the mental-emotional. All of it inextricably works together.

Balance the other Four Hungers of Health

See my other four posts for details on AIR, WATER, FOOD, and ELIMINATION, add one more strategy, that I’m about to tell you about, and you will go far in rebalancing the critical Fifth Hunger of Health.

Essentially, stop putting in what your body and soul don’t want (toxins, “Frankenfood,” disharmonious living), and do put in what you need and desperately crave (true nutrition, laughter, fun, purpose, love).

The extra strategy? I would be remiss if I didn’t talk about targeting obesity, and mention that one of the most powerful ways to accomplish all of this simultaneously is to significantly reduce body fat. If you look at body fat as a toxin-warehouse tumor (which it is), with its own vascular system (which it has, miles of it), that emits its own hormones that fight yours to keep you sluggish, moody and in a state of craving (yes, it really does), then you can see how releasing it will uplevel ALL areas of your health, Fifth Hunger included.

Because I know how vitally important losing body fat is (no matter what the hijacked “body positivity” movement tells us), I developed my own program, my Solutions Reset, which achieves dramatic results in just 10 weeks, using healthy real non-inflammatory foods, lifestyle pivots (like intermittent fasting), and my own guidance all along the way.

Whatever method you choose, please prioritize losing fat and getting healthy. Today. Losing even 5% of your overweight will have a significant positive impact on your health.

Feed your Fifth Hunger. Get back in touch with your deepest and highest self. Live as the best version of yourself, in harmony with creation.

SSL encrypted for safety and security